Wendy had many years of working long hours in London in the corporate world, the payback being that she lived with lots of stress, not having enough time to have a healthy lifestyle which then led to a skin condition and an auto- immune disorder.

She began to recognize that things needed to change and embarked on the radical decision to move to the Kent Coast. Once settled, she realized she was not alone and that many of us get caught up in work and life and do not allow enough time to relax and look after their wellbeing. So, with this in mind she started to reinvent herself and hence created The Holistic Home to educate and support others to see that their wellbeing is everything.

Initially she wanted to improve her own lifestyle, health and wellbeing. Wendy educated herself on the different products available and recognized that a lot of products were full of chemicals and nasty toxins. The improvement she found in herself, confirmed that being totally organic and natural was the way forward for The Holistic Home’s clients and would also be a range that could reach all client’s needs, whilst also catering for the organic and vegan markets.

The Holistic Home is much more than being just about beauty, it really is about wellbeing. Wendy wanted to create a little haven where clients could come and relax, unwind, de-stress with therapies, organic and natural products. She wanted clients to learn about the natural products and see for themselves how they can impact on skincare, health and wellbeing. After all 60-90% of what we put onto our bodies is absorbed into our immune system so why not use natural organic or vegan products to enhance your body and health.

The Holistic Home is a place to treat the whole client. Wendy has learnt through her own experiences that life can be very stressful and that is what makes The Holistic Home so special because we recognize how easily we can fail and neglect to look after ourselves properly. It would be our privilege to facilitate you on a wonderful wellbeing journey, and let you step out of your busy stressful world into an oasis of tranquillity and relaxation. After all, who is more important in your life than YOU!

We are all about improving our lifestyle, health and wellbeing by decreasing our stress levels. We do not use just any old products full of chemicals and nasty toxins in our therapies. We made the decision to use Neal’s Yard Remedies Organic products which are totally organic, natural, animal cruelty free, ethical, recyclable, made in the UK.  Many of these are also vegan.

Spa Find – there are 21 minerals found in the Dead Sea.  These are used in the Spa Find Products. These minerals are absorbed faster topically than by digestion.  This process takes 20 minutes and minerals remain active in the bloodstream up to 6 hours.  The 7 main Spa Find minerals are:- Magnesium (anti-stress), Sulphur (healing), Potassium (purifying), Calcium (anti-aging), Bromide (relaxing) Iodine (detoxifying) and Sodium (hydrating). 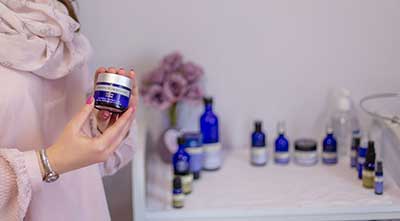 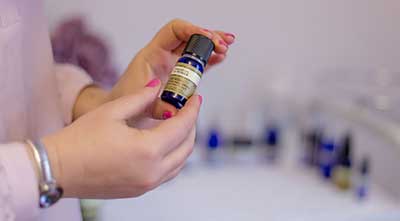 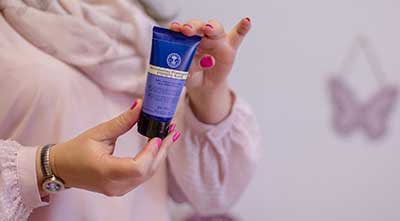 Benefits of a Holistic Facial Treatment